No Other Gods: Part 2 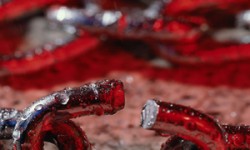 The price of challenging controls has more than one form. Someone with Asbergers doesn’t recognize the social queue very well. He is never totally sure whether he’s doing the right thing or the wrong thing as far as society is concerned. And he has a real fear of the wrong thing because he has paid consistent prices for it. He has been mocked as a child, and he has not been hired for jobs as an adult. He’s a genius, but his ideas are not respected because he does not use a language style that is been established to how you do the protocols of making proposals, and they’re refused.

The price is minuscule and great. The price is a matter of degree. It may be a lack of orthodoxy and therefore not advancement within the individual orthodox traditions that you have. The price may be excommunication from the community in which you participate. The price may be physical assault as happens for somebody who’s different who goes into a core area of any minority within the country and is endangered because of their difference. The price may come, as mentioned before to the Socratic, and ultimately in Christianity to the price of Jesus and in Islam to the price of the Mahdi: the price of the prophet who tries to present a truth. Any prophet who tries to present a truth suffers what Jesus says, “Oh Jerusalem, Jerusalem” who has killed the prophets; Jerusalem is not a city in Israel in this statement by Christ, Jerusalem is all mankind who is fearful of that which will challenge the stasis of what is understood.


Two cultures come into contact with each other, each immediately contradicts the other. And either they come together or they will annihilate each other. Why? Because they both challenge the fundament which is the stability of security. This is seen in the story of the Normans and the Saxons, and the story of Ivanhoe. This story is actually told through the Jew, who belongs to nobody and questions everybody.

Posted on by William Lemieux in No Other Gods

← No Other Gods: Part 1
Where Your Treasure Is →