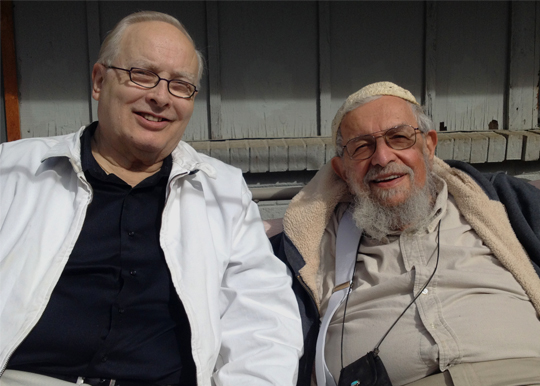 Bill meets with his old friend Rabbi Zalman Schachter-Shalomi at his home in Boulder, Colorado.

In the 1970s Mr. Lemieux began holding a series of self development sessions where, over a 20 year period, he continued to advance the development and use of his faith based Self System. His studies in Judaism added a dimension of Kabalistic thought to his ideas, and he attended over 30 lectures given by Rabbi Zalman Schachter. It was through these courses where their friendship was formed.