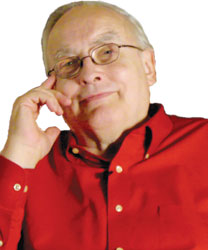 As a moral social activist, Mr. Lemieux has lived a multi-faceted life in politics, education, and religion. In all of his endeavors Mr. Lemieux’s life has been motivated and directed by the work and philosophy of other social justice activists. In turn, he has been recognized as a leader in his own right by other leaders ranging from Presidential Candidates, Senators, and Governors, to Councilors, Educators, and Religious Activists. Mr. Lemieux’s influence and importance has been recognized in books as far reaching as Bloomsberry figure Paul Roche’s Bible Studies, a translation of major Bible stories, to nationally recognized author Ellen Kozak’s The Everything U.S. Constitution Book. Mr. Lemieux has also been named to a number of national and international books during the 1980s, including the International Biographical Dictionary, published by the Biographical Association from Cambridge, England, Who’s Who in American Politics, Men of Achievement in the 20th Century, and the American Political Registry.

As a political activist Mr. Lemieux has worked with John Kennedy, Hubert Humphry, Morris Udal, Jimmy Carter, George McGovern, Henry Jackson, and Eugene McCarthy, in their Presidential campaigns and at their request, to name a few. He served for ten years as a member at large on the Executive Board of the Democratic Party of Milwaukee County, a position from which he was propelled to become Secretary of the Wisconsin State Delegation to the Democratic Party Mid-Term Conference of 1974, helping to write the Party Charter under which the Democratic Party still operates. In 1976 he was elected to serve as Vice Chairmen of the Jackson Delegation from Wisconsin to the National Democratic Convention in New York. In 1978 he was one of ten delegates elected from Wisconsin to the Mid-Term Conference to make amendments to the Party Charter. During the Eugene McCarthy Presidential campaign of 1968, Mr. Lemieux was named as Coordinator for Northern Indiana before going to Washington to oversee Project Signature and to conduct other political research for the campaign. While working in Indiana Mr. Lemieux authored a piece on how to organize a congressional district in order to win an election, which was later used by others in the Democratic Party.

Prior to his years of Presidential activity, Mr. Lemieux came to know and work with many other Democratic figures such as Senator then Governor Gaylord Nelson, Senator Bill Proxmire, Ivan Nestington, Mayor of Madison, later Under Secretary of Health, Education, and Welfare, Les Apsen during the Proxmire campaign of 1964 (later Congressman and Secretary of Defense), political consultant John Granowski (later Post Master General), John Reynolds, Attorney General for the State of Wisconsin, (later Governor and Federal Appellate Court Justice) and Patrick Lucy, Chairmen of the Democratic Party, (later Governor, Ambassador to Mexico and Vice Presidential Candidate for the Anderson Presidential Campaign). Mr. Lemieux has been one of those seldom seen walk on figures to history who has helped to shape and create the systems that underpin the formation of our present political framework. Besides the aforementioned, Mr. Lemieux has worked on countless Congressional, State Office, and Local political campaigns as well as civil rights, environmental, and poverty issue campaigns.

Underlying the whole of his life has been a pursuit of God and the moral responsibility this study has required. Mr. Lemieux began studies in Judaism with Rabbi Scwartz when he was a student in Oshkosh. After moving to Milwaukee, Mr. Lemieux continued his studies in Judaism with noted Reform Rabbi Weinberg and Rabbi Corea, a Sephardic Rabbi who taught Bible in Translation at the University of Wisconsin, Milwaukee. During his search for the presence of God, Mr. Lemieux had already studied Buddhism individually with Dr. Yu Ung Thung, head of the Department of Buddhism and Poly at the University of Rangoon, while Dr. Thung was teaching at Lawrence University in the United States. During this time, Mr. Lemieux also pursued studies of the Bahá’í, Sikh, Hindu, Native American, and other religious traditions with teachers of these traditions. In his life as a Christian, Mr. Lemieux was privileged to meet and study with the Benedictine theologian Sebastian Moore, who was his spiritual advisor for many years. Mr. Lemieux read extensively in the teachings of Thomas Aquinas, Ignatius of Loyola, Francis of Assisi, and the mystical fathers of Antioch.

In the 1970s Mr. Lemieux began holding a series of self development sessions which, over a 20 year period, were attended by over 500 people including psychiatrists, psychologists, writers, artists, musicians, attorneys, and ordinary people dealing with individual issues. With the support of Dr. Ruth Rinder, Psychiatrist Mr. Lemieux continued to advance the development and use of his faith based Self System. He became aware that the underlying questions of life were present in all of in his political, social, and religious experiences. It was during these early sessions that Mr. Lemieux came to fully understand the personal significance of the question “That I am?” and the relationship of the self to life’s universal questions which almost all people ponder. His studies in Judaism added a dimension of Kabalistic thought, which helped to interpret much of his understanding of the Christian message, and which was expanded through a series of lectures given by Rabbi Zalman Schachter, which Mr. Lemieux attended.

In the late Sixties, as an active Catholic Mr. Lemieux became involved in the post Vatican II Church, with a particular interest in questions of Social Justice. Mr. Lemieux served as a liturgist in his home perish, and from this position began to work with civil rights leaders who were active with the priests at the perish, such as Caesar Chavez, Father James Groppi, Dismus Becker, and Brother Booker Ash (former secretary to Blessed Salianas Casey). Mr. Lemieux’s congregation also actively supported Mary McCormick in her mission work in Columbia (Mrs. McCormick’s foundation has sponsored a cause for her beatification based on her work with the poor in the barrios of Bogota). Prior to his perish activities Mr. Lemieux had been active in the anti-war movement, as a founding member of the Committee Against the War. This lead Mr. Lemieux into Eugene McCarthy’s campaign of 1968, where he worked with social activists in the anti-Vietnam War movement such as Curtis Gans, Don Green, Sam Brown, Jessica Tuchman, and members of the Milwaukee 14. In the early 1960s Mr. Lemieux had worked for the State of Wisconsin as a manpower specialist dealing with African American migrants to the north and their employment needs as well as migrant needs. During this time and during the post Vietnam era, Mr. Lemieux remained active in many civil rights, environmental, and progressive struggles.

In recent years Mr. Lemieux expanded his interest in literature to a ten-year attendance at the Santa Barbara Writers Conference. Here he came to know and be influenced by writers and writing teachers such as Charles Schultz, Ray Bradbury, Matt Pallamary, Leonard Tourney, and Barnaby Conrad to name a few. He also studied publishing with Frances Halpern, the book critic for the Los Angeles Daily Times and host of the “Connections” program on West Coast PBS Radio. During this time Mr. Lemieux formed a publishing company, Lemieux International Ltd., to aid people who wanted to self publish for short run books that were saleable.

The most recognized of the books Mr. Lemieux published were two titles by Barbara Olive, Grief Stalks the Six O’clock News, and Time to Say Goodbye, which dealt with death and dying and the handling of grief. After Mrs. Olive had lost two sons, Mr. Lemieux was her counselor and used his Self System to aid her in the challenge of these horrific losses. Her books have been used in hospices and nursing homes across the country and were widely reviewed at the time of publication by the Catholic Diocesan Press. Mrs. Olive was also recognized in the Share Your Mission series by Dr. Winn Henderson as one of twelve great Americans with mission driven lives based on her experiences.

In keeping with his literary interest, Mr. Lemieux met Bloomsberry Poet Paul Roche while Mr. Rosche was teaching poetry for the Professional Theatre Training Program at UW Milwaukee as Artist in Residence. He was also Artist in Residence at Notre Dame University. Paul translated the Bible on Mr. Lemieux’s dinning room table, during several of his frequent visits to Mr. Lemieux’s home in Milwaukee.  Mr. Lemieux then became Paul’s literary agent, negotiated contracts for the Bible Stories, and obtained a release for Paul’s translation of Sapho to be published by Penguin Viking.

Mr. Lemieux has taught high school, junior high school, and college. He has taught subjects ranging from A History of Vietnam, World War II in the Pacific, American History 1607 – 1865, and 1865 – Present. He has taught State and Local Government in college and Student Civics in high school for emotionally disturbed and learning disabled children. Mr. Lemieux has always found that his discoveries and expanses of knowledge have called him to broader service in the church, in the community, and in the political world.

When speaking as a faith based counselor, Mr. Lemieux has stressed the relationship between individuals, the planet, and the needs of others in the community. This understanding lead Mr. Lemieux on a personal level to become a special needs teacher in the Milwaukee Public School system for 17 years prior to his retirement. It also provided the vision for his many other activities.

Mr. Lemieux graduated from the University of Wisconsin, Oshkosh with multiple majors and minors. In 1975 he was part of a small group of Catholic male schoolteachers who took a post bachelorette certification in education at nationally noted Alverno Women’s College, Milwaukee.  This was followed some years later with a post bachelorette certification in Special Education from Cardinal Stritch University, Milwaukee. Mr. Lemieux also holds a Masters in American History with additional study in Medieval Studies from the University of Wisconsin, Milwaukee. In addition Mr. Lemieux has pursued studies in Sociology and Psychology at various educational institutions.

The Discovery of the Self System

After 50 years of study, 35 years in the classroom, and 20 years individually helping people to deal with personal problems, Mr. Lemieux discovered his Self System by seeing that the world’s many individual and social struggles originate from the same failure. He is devoting the next chapter of his life to writing, speaking, and teaching about what leads to this failure, and the role that faith has in the process of resolving it.

Mr. Lemieux strives to guide people into answering for themselves the basic question about the presence of God in their daily life, and how to find courage to live within the Love of God, particularly in difficult times. Mr. Lemieux believes that anybody can resolve their own shortcomings by discovering the presence of God in their becoming, and he has committed his life to be of service to those in that process.