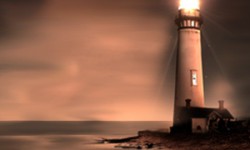 Do you want to be

The minute you ask “Who Am I” you are also asking “Who am I not” and “What could I be?” By asking the question, you’re presuming there are other choices and definitions, and you’re already in change. You’re taking a step toward courage when you ask that question, because you’re not letting somebody else make the definition, you are the one defining it. This is hope in action.

A person climbs the mountain because they are asking a question, and they see the burning bush. Why is this person different when they come down from the mountain? The reason is because there’s a new reality that drives the meaning of the person’s life, and now they will start living against a new reality that follows different rules than the old. Often times their new life will frighten those close to the person, because they won’t understand it.

Everybody around you is on the path you’ve taken because everything that you are has been built by the choices you’ve made. And now comes the question of if you really want to be there, and now the journey begins to deepen, ramifications are accepted, and real change becomes possible.

Posted on by William Lemieux in Hope In God